Fear and loathing in Budapest. 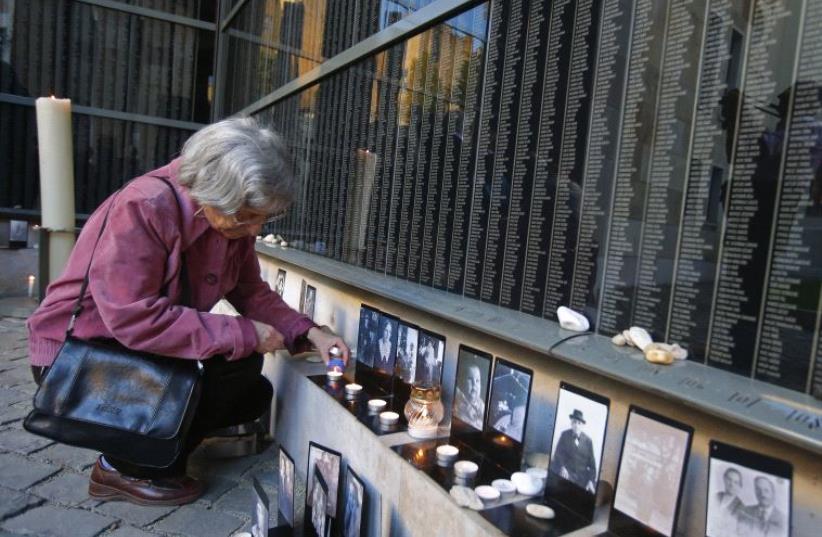 A woman lights a candle in front of a wall containing the names of victims, during the Holocaust memorial day at Budapest's Holocaust Memorial Centre April 16, 2013
(photo credit: REUTERS)
Advertisement
Take a stroll on the cobblestoned streets of Budapest’s historic “Jewish Quarter,” within a walkable radius of the Great Synagogue on Dohány Street with its richly ornamented Moorish designs, and you encounter a vibrant urban shtetl.Here, amid ornate, newly renovated Habsburg-era buildings, a stylish kosher restaurant is open for business near a place called Hummus Bar, while a nearby bistro invites all comers with “traditional Jewish pastrami sandwiches.” There, near the building where Theodor Herzl was born, a couple of souvenir shops, decorated with Old World Yiddishkeit charm, peddle silver hanukkiot, embroidered kippot and leather-bound siddurim.

Anti-Zionism, antisemitism does nothing to help Palestinians - opinion

How can Hanukkah evict the darkness of the technological invasion?

By RUTHIE BLUM
Advertisement
Most Read
1

How Israel built the world's most accurate military machine