Living in a shoebox

To house yourself you need to up the ante a bit – try two million shekels for one room. That includes a kitchen sink, but you’d probably want to renovate. 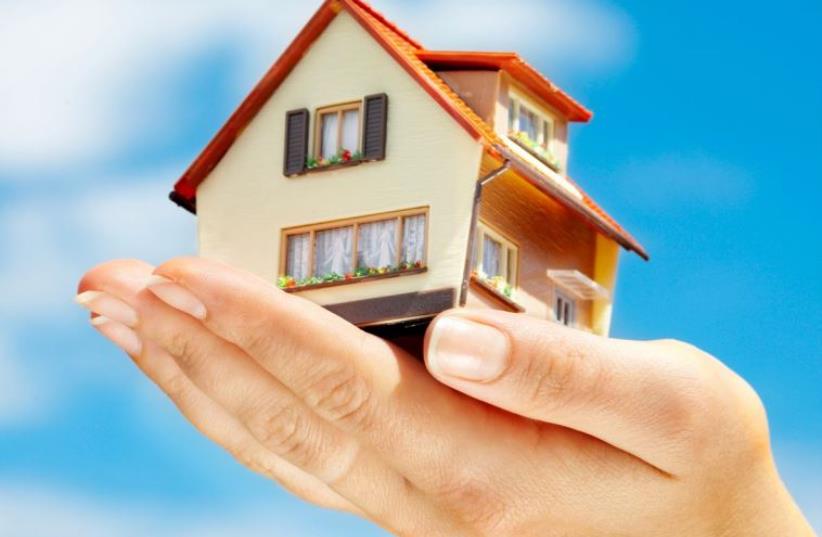 The house in human hands
(photo credit: INGIMAGE)
Advertisement
So – Yom Kippur has come and gone with its terrible litany of woe and warning.The punishments for sinners sounded horrifyingly contemporary this year. Burning and beheading top the list… not to talk about 40 stripes, death by the hand of God, excision and childlessness.It has been decided “how many shall pass away and how many shall be born, who shall live and who shall die, who at the measure of man’s days and who before it; who shall perish by fire and who by water, who by the sword, who by wild beasts, who by hunger and who by thirst; who by earthquake and who by plague, who by strangling and who by stoning; who shall have rest and who shall go wandering, who will be tranquil and who shall be harassed, who shall be at ease and who shall be afflicted; who shall become poor and who shall wax rich; who shall be brought low and who shall be upraised.”
Read More...
Whew.Now we know that penitence, prayer and charity avert catastrophe – but here’s the catch: there isn’t much left over for charity in the Holy Land if you’re trying to save up for somewhere to live until your severe decree kicks in. All of this spirituality and cleansing of the soul is one thing, but at the end of the day you have to go home and cook something for the body, sit down and eat it. That entails having place for a chair, a table and, hopefully, even an oven.Good luck with that if you are looking in Tel Aviv.Rumor has it that a parking place in the city that never sleeps goes for NIS 300,000 these days.Yup, $75,000 for three square meters, or whatever it takes to house a car.To house yourself you need to up the ante a bit – try two million shekels for one room. That includes a kitchen sink, but you’d probably want to renovate.Two bedrooms and a lounge? Pray hard that it’s your year to wax rich.In Florida, someone told me, you can get a pretty nice house with a pool for the price of the parking spot in Tel Aviv. In South Africa you can buy a farm with working fields and glades and a private place to park your plane.OK, so they have other problems; we know that is true.But on a good salary in Tel Aviv – an excellent salary, even – say you can save NIS 5,000 a month, it would take you around 40 years to amass enough money to purchase 40 square meters in the center of the city. By that stage, of course, the property would cost six times the amount.Math is not my finest accomplishment – I might be mistaken here, feel free to check – but I think that’s the deal.Four hundred months of saving if you’re very well paid, and you’d get to what one room cost when you were young.Scary, no? Or you could pour a quarter of your salary into rent each month, and hope your plumbing doesn’t block up or that the ceiling doesn’t crumble onto your bed at night. If it does, tough luck; there are plenty of people waiting in line for your flat if you threaten to move out.It’s too early in the year for anything political; I don’t want to talk about the cheap options across the Green Line, or the plans to build more housing for those in our population who don’t work, don’t go to the army, and don’t pay very much in taxes… but my tongue is aching a bit from my biting it.I saw a program once about women who live in their cars, and that started me thinking. I’m too lazy and too full of hag herring and turkey and kichel to work out any more figures; but let’s reckon that two years of stringent saving will buy you a car, and another five years will clinch you the place to park it; that’s one solution to the problem of sleeping in Tel Aviv. Of course you’d need some spare cash for public showers from time to time. And for eating in restaurants.It’s Monty Python’s “Four Yorkshiremen” sketch in Technicolor – the 160 kids in a shoebox, the hot/cold gravel for breakfast, the 29-hour work days. And that was “luuuxury.” (If you don’t remember, Google it now – and learn it by heart).So, if we don’t want to eat cold poison for dinner, and get up half an hour before we go to bed in order to survive, we’d better turn to King Lear. The bedraggled king, on the verge of losing his mind on a rain-swept plain, acknowledges that he has short-changed the “poor naked wretches” that bide the pelting of this pitiless storm. Lear realizes that the houseless heads and unfed sides of his people cannot defend them from seasons such as these.“Take physic, pomp,” he admonishes the complacent fat-cat rulers of Elizabethan England: “Expose yourselves to what the wretches feel, / That thou mayst shake the superflux to them, / And show the heavens more just.”This year, wouldn’t it be nice if our leaders took a timeout from stirring up furors over tunnels and Temple Mounts and handing out trillions to ensure secure seats and correct voting patterns – and showed the heavens more just.Let’s all be tranquil and at ease, whatever our beliefs – maybe that is what God is hoping for after all. Let’s hope the leadership in His land finally, like Lear, takes physic.Here’s to a year when we are all upraised, and one in which we can all afford somewhere to rest our heads in the peaceful nights.Shana tova to us all.

The writer lectures at Beit Berl college and at the Raphael Recanati International School at IDC Herzliya; peledpam@gmail.
com