Netanyahu to Hamas: Israel will strike with 'greater force' than 2014 war if attacked from tunnels 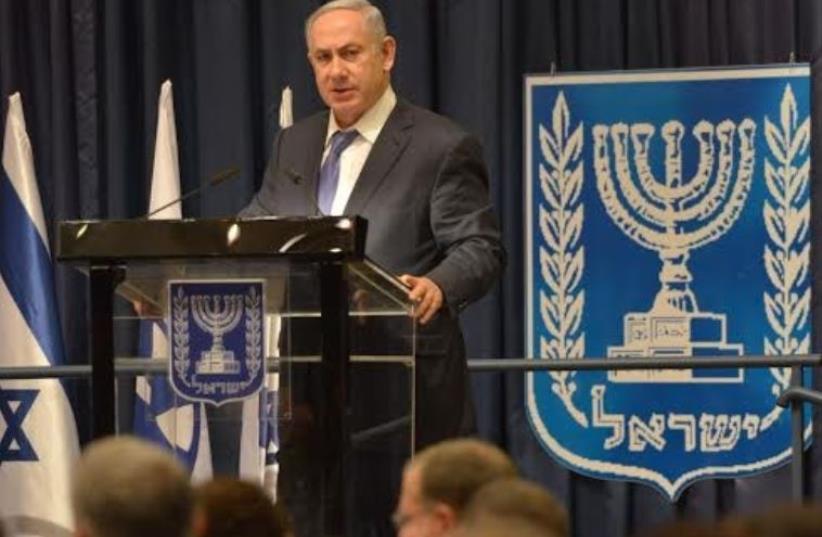 Prime Minister Benjamin Netanyahu addresses a meeting of Israel’s ambassadors and consul-general
(photo credit: KOBI GIDON / GPO)
Advertisement
Israel will respond more forcefully than it did during 2014’s Operation protective Edge if it is attacked from the Gaza Strip’s terror tunnels, Prime Minister Benjamin Netanyahu said Sunday.Netanyahu, speaking to the annual meeting of Israel’s ambassadors and consul-general, related to the recent Hamas threats and boasts about those tunnels.“If we are attacked from the tunnels in the Gaza Strip we will respond with great force against Hamas, with much greater force then we used during Operation Protective Edge,” he said.“I think they understand this in the region, and in the world,” he added. “I hope we do not need to do this, but our defensive and offensive capabilities are developing rapidly, and I do not suggest that anyone test us.”Last week, Hamas announced that seven members of its military wing, Izzadin Kassam, were killed when a tunnel collapsed.During a funeral Friday for the Hamas operatives who were killed when the tunnel impaled them, senior official Ismail Haniyeh vowed that the Islamist organization will continue in building its network of underground passages.Hamas officials said that they were “proud that hundreds of our men are working quietly to prepare for defending and protecting our people over and under the ground.”“The Gaza Strip has built twice the number of resistance tunnels that were built in Vietnam, a subject which is studied in military schools,” Haniyeh said on Friday. “The military wing has built tunnels around Gaza in order to defend it and to liberate the al-Aksa mosque and the holy places.”He added that the armed factions in Gaza are preparing for the next round of fighting with Israel. Prior to the tunnel collapse, residents of various southern Israeli communities along the border with the Gaza Strip have renewed complaints of reverberating, underground drilling sounds possibly linked to the construction of infiltration tunnels used by Palestinian terrorists.Khaled Abu Toameh and Jpost.com Staff contributed to this report.
Advertisement
Hot Opinion