The Jewish vote at a turning point?

The question remains whether such increasing connectivity through Israel will affect voting patterns of American Jews. 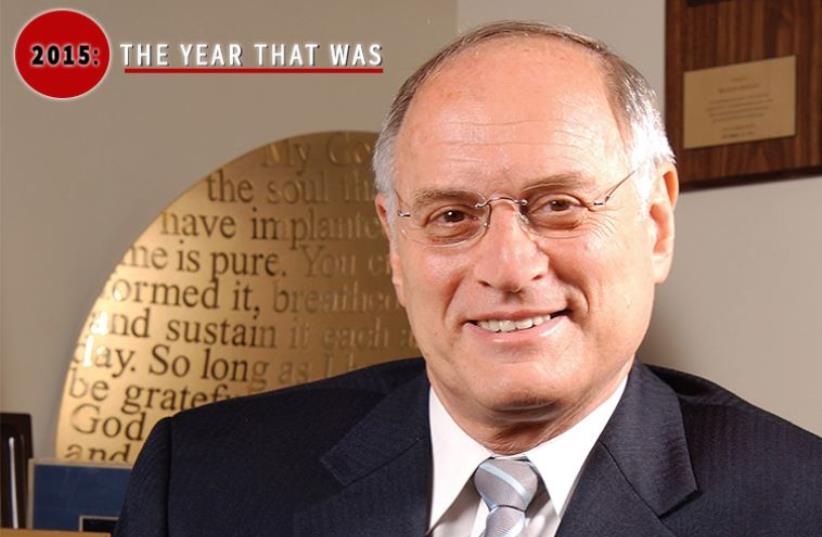 Malcolm Hoenlein
(photo credit: JPOST STAFF,Courtesy)
Advertisement
The US elections come at a pivotal time for the American Jewish community.Bound together primarily by religion in the early part of the 20th century, and by ties such as memory of the Holocaust and nostalgia for Eastern European roots in the latter part of the century, the Jewish community is now at a crossroads.Israel is gradually filling the vacuum, replacing the synagogue as the primary Jewish point of orientation.Click here for more stories from the "2015 - The Year That Was" Jpost specialThis is driven by both positive experiences (Birthright, “Start-Up Nation,” innovation, art and its emerging wine industry), as well as negative ones (Jews confronted on campuses by Israel’s critics).The question remains whether such increasing connectivity through Israel will affect voting patterns of American Jews.Malcolm Hoenlein, executive vice chairman of the Conference of Presidents of Major American Jewish Organizations, views Israel as a key factor in Jewish voting: “Israel is a consideration for many in the Jewish community.That is the case especially in times in which it faces serious security challenges. There are currently both terrorism within Israel and threats from outside, such as from Hezbollah, Hamas and Iran,” he said.With 65 percent to 80% of Jews historically voting for the Democratic presidential candidates, Republicans hope to attract Jewish voters through issues relating to Israel’s security, such as Iran.Hoenlein, one of American Jewry’s most influential leaders, is skeptical that Iran would be a major factor in the Jewish vote.“Americans are deeply concerned about Iran. Polls show that the American people overwhelmingly opposed the Iran deal, but it is not strictly a Jewish issue, and it is not a partisan issue,” he asserted.Similarly, Hoenlein does not believe that Hillary Clinton, the likely Democratic nominee, can be portrayed as weak on Iran: “While Hillary supported the deal, she was tougher on Iran than the president in the past and talks in absolute terms about Iran not getting nuclear weapons.We will need to see what she says going forward. She will likely carve out a position where she is tough on the issues without going against the president. Most importantly, Iran’s actions will set that agenda.”Indeed, Clinton is immensely popular in the Jewish community and has a long track record of strong support for Israel.Yet the Jewish vote is not homogeneous and could play a role in the 2016 elections, given its geographical spread. While the Jews of New York and Massachusetts are not likely to be at play in this cycle, Jews in states such as Florida and Pennsylvania could be. In the case of Pennsylvania, 5% of the electorate is estimated to be Jewish, with a large concentration in the Philadelphia suburbs.Vulnerable to the Republicans, given their demographics, and more strongly connected to Israel, such suburban Jews can be a factor in the balance between Democratic voters in Philadelphia and Pittsburgh and Republican voters in the rural areas, otherwise known as the ‘Pennsylvania T.’ Looking beyond the 2016 elections, Jewish voting patterns will depend on the evolution of the political parties and the Jewish community.The rise in the Democratic party of the current generation of rank-and-file voters, some of whom are veterans of campus anti-Israel protests, concerns some Jews.Hoenlein acknowledges this concern: “As you move from the Republican Right to the Democratic Left, support for Israel decreases. We need to do more to reach out to people on the far Left.”But at the same time, he emphasizes: “There continues to be broad support of Israel in Congress. There is currently no trend of newly elected people being less supportive,” he claimed.The American Jewish community is evolving as it moves away from its Yiddish roots and arguably enters gradual cultural Israelization. This will have far reaching implications that could possibly effect voting patterns.
The writer is chairman of the America-Israel Friendship League think tank. The views he expresses are his own and not those of the AIFL.
Advertisement
Subscribe for our daily newsletter